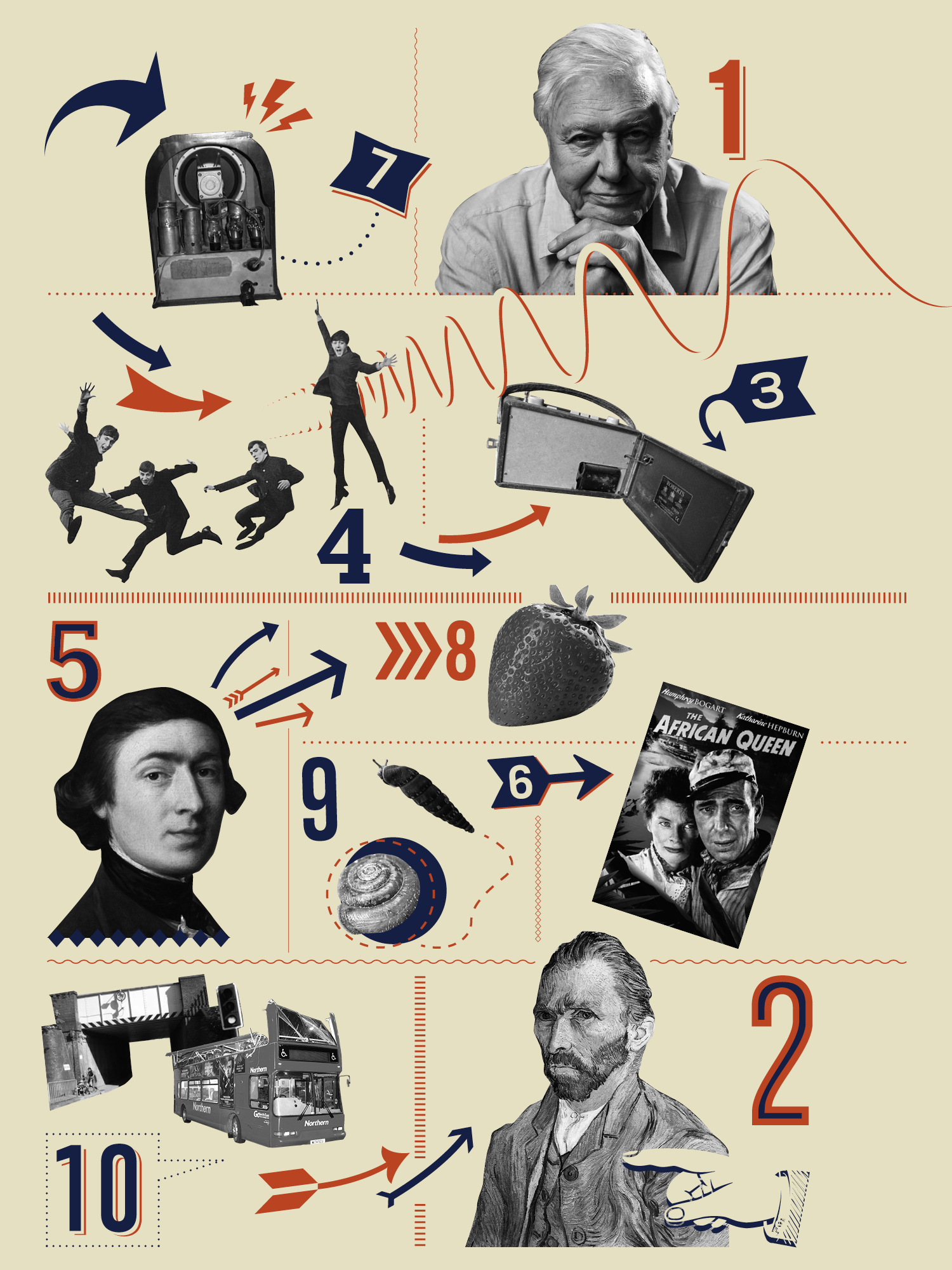 1. A legend was born here: Sir David Attenborough, champion of the natural world and owner of the most soothing voice on TV.

2. Vincent Van Gogh tutored Isleworth youngsters in the 1870s, at a boys’ boarding school on Twickenham Road. He was both a teacher and a preacher.

3. If you’ve ever sent a broken Roberts Radio away to be fixed, chances are it ended up just round the corner on Worton Road. Until recently, the Roberts Radio Spare Parts warehouse looked after all UK repairs.

4. Thornbury Playing Fields starred in a Hard Day’s Night. It’s where the Beatles jump around to Can’t Buy Me Love.

5. JMW Turner lived in Sion Ferry House in 1805. If you’re in need of inspiration, head to the banks of the Thames in Old Isleworth – it did the trick for him.

6. The African Queen, starring Humphrey Bogart and Katherine Hepburn, was made just down the road at Worton Hall Film Studios. Isleworth was the UK’s answer to Hollywood, but the weather couldn’t rival LA.

7. In the 1920s and 30s, the Lissen factory in Isleworth found fame with its build-your-own-wireless kits. They were all the rage in homes up and down the country.

8. England’s first edible, cultivated strawberry was bred and exhibited in Isleworth. By a man named Michael Keen, in 1806.

9. The Isleworth Ait’s home to two rare species of mollusc: the two-lipped door snail and the German hairy snail. So watch where you’re walking.

10. St John’s Road railway bridge is one of the most bashed in Britain. Between 1990 and 1996, 18 deceptively tall vehicles came a cropper. And in 2015, a double decker bus ripped its roof clean off (no one was hurt, luckily).